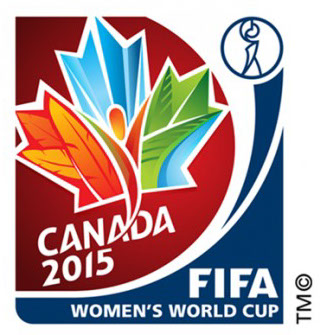 With a U.S. Women’s National Team victory fresh in the record books, and record ratings for the network, FOX Sports has wrapped its ambitious agenda for the month-long coverage of soccer’s premier women’s event, the FIFA Women’s World Cup Canada 2015™. The event featured 24 teams, spanned six cities and five time zones. In order to give producers and editors instant access to the media needed to cover an event of this magnitude, regardless of their location, FOX Sports called upon Pronology (IBC Stand 10.A26), a developer of cutting-edge, media-centric workflow solutions, to provide its complete set of asset management tools to handle this large undertaking.

FOX Sports built two large-scale “temporary” broadcast compounds in Vancouver in order to cover this event in the best possible fashion: the studio, which included a control room and playback area built in scenic Jack Poole Plaza, and a transmission center, co-located with FIFA’s International Broadcast Coordination Center (IBCC). All editing staff and associated infrastructure were located in Los Angeles. The edit workload was large enough to require two separate locations: the FOX Pico facility and J/Kam in Burbank, each with dedicated storage.

With Pronology serving as the backbone of the system, all users had immediate access to proxy files for viewing and logging, whatever the location of the high-res media. For example, when 4K content was shot and imported in Vancouver, it could immediately be viewed and logged in LA. All of the match recordings, along with associated ISO cameras and highlight clips, were captured at the FOX IBCC location in Vancouver. Producers had the ability to watch live proxy streams of all of these feeds from any location, make time-code accurate notes, create sub-clips and then send partially extracted media of the best angles to LA for turnaround editing, all while still recording. The finished edits were output in LA, and moved all the way to the EVS servers in Vancouver by Pronology.

The mezzanine codec of choice was AVCi 100 MB/s MXF OP-1a, as it worked well with the Adobe® Premiere® Pro editors, the EVS playout servers and the FIFA deliveries. ENG footage was shot on many different cameras, up to and including 6K resolution, with all media being dispersed amongst four geographically separate storage locations. All FOX Sports content, regardless of resolution or location, was “normalized” to AVCi and tracked by Pronology, making the task of finding and using media easy. Using a browser interface that is simple to navigate and features an easy-to-understand folder structure, Producers were able to quickly find the content they were interested in with no guesswork.

In addition, Pronology has the unique ability to maintain “location awareness” of high-res media. Each asset in the system could have multiple media types, such as 4K and AVCi, as well as multiple locations (i.e. Vancouver and FOX Pico). Both the location and type of each asset were indicated by easily understood icons, and in practice, media generally “lived” in multiple places and in multiple resolutions. While viewing a Pronology asset, even those still in record, a user could see at a glance what was available to send directly to a local editor, send to EVS for playout, or was available for color treatment at FOX Pico.

“Pronology was our Swiss Army knife, able to solve multiple issues confronting us,” says Kevin Callahan, director of remote operations for FOX Sports. “There were a lot of moving parts to this operation. Many in our production staff had no idea of the size and complexity of what went on behind the scenes, which was the goal. We wanted a setup where they clicked on an asset, they could view a proxy and their content would get from wherever it was, to wherever it needed to go. Pronology was able to provide this for us.”

Producers would prepare for their edit sessions by creating sub-clips, organizing them into Pronology bins and then requesting high-res media at their edit location of choice. If the media was already available, it was referenced in place; if it was not, Pronology would automatically initiate a file accelerated transfer of the high-res media to the appropriate destination, and land it on the destination storage. To reduce confusion and expedite re-linking for the editors, Pronology organized all of the media, both recorded and imported, into a folder structure on the storage area network (SAN) that mirrored the Pronology tree. This gave editors the ability to easily move from the metadata rich view of assets in the Pronology tree, to a view of the constituent media files on the SAN.

Producers and editors made extensive use of Pronology bins, which allowed dynamic collaboration on projects. Producers could create sub-clips, and “storyboards” from Pronology assets, and organize them into custom bins. The producers could then easily share their bins, to one or a pre-defined group of users, with a single button press. Editors, using the Pronology Panel for Adobe Premiere Pro, could see the shared bins, and instantly drag and drop the producers’ favorite shots, or rough-cut sequences directly into their Adobe project to immediately begin working.