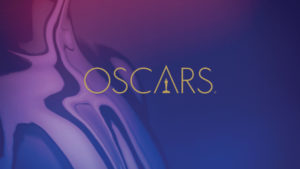 The Academy of Motion Picture Arts and Sciences’ annual OSCARS® telecast is the most anticipated award show for film enthusiasts and industry professionals worldwide, which is why it’s important that the show has the latest workflow tools in place. Ensuring that everything is streamlined and efficient, Pronology, a developer of cutting-edge tapeless workflow solutions, continued its tradition of being a part of the action behind-the-scenes in the months leading into the show as well as on-site during the event with its full suite of production offerings. In its ninth year providing support for the show, Pronology’s mRes™ standalone multi-resolution encoder along with its CenterPoint™ media asset management platform were deployed. In addition, Pronology’s StreamFile Core application was used with NewTek’s NDI® standard for video production over IP.

“We are honored that the Academy continues to see the value in our workflow products,” says Jonathan Aroesty, president of Pronology. “The OSCARS is the pinnacle of acknowledgement for films and productions, and we are proud to once again be recognized for our reliable and easy to use solutions.”

This year, four awards that were originally going to be presented during various commercial breaks were added to the live televised portion of the show. Due to this addition, time became even more important and Pronology’s mRes was utilized to deliver quick turnaround elements, including red carpet shots that were cut into existing templates on Avid Media Composer workstations. The red carpet cameras were fed to mRes and it integrated bumpers and voiceovers specific to the talent throughout the clips. With mRes’ functionality, the opening was delivered 30 seconds before the show started with the most up-to-date late arrivals at the red carpet.

Pronology’s mRes standalone multi-resolution encoder was also deployed during the musical acts. Having the secure web-streamable proxy enabled, the performers were able to watch their performances during rehearsals as well as post-event.

Prior to the broadcast, thousands of pre-produced audio and video elements must be formally approved by ABC Broadcast Standards and Practices (BS&P). Pronology’s CenterPoint was used to manage the approval of the nominee packages and voiceovers, which were recorded on-site at the Dolby® Theatre at the Hollywood & Highland Center®. CenterPoint also provided a secure portal to arrange, share and transfer content with the SIM Group, the edit facility charged with compositing and delivering all the final elements.

“Using CenterPoint, we were able to access information remotely and securely via email for immediate review and approval, which is a major advantage for us,” says Rob Paine, OSCARS Supervising Producer. “Also, we sent content approval notifications through the system, which prompted the production team to move forward with the next steps quickly. With staff members located across the country, this really helped to streamline the overall editing process for everyone involved.”

With Pronology, the BS&P team monitored the deliveries coming from the SIM Group in real-time, directly from its offices. Immediately after content was created, it could be approved for air. In order to achieve a real-time, collaborative production environment, HDSDI streams were encoded using Pronology’s StreamFile Core to NDI onsite at the Dolby Theatre and streamed via NDI to the SIM’s post production facility for rehearsal viewing. In addition, StreamFile Core captured the NDI streams in both ProRes and DNx file types.

“Once again on the 91st Academy Awards, the  Pronology suite of applications has proven to be a critical element in our secure event workflow by allowing the Academy, producers and artists to seamlessly review, share and approve pre-recorded content, from various locations in a protected environment,” says OSCARS Engineer-in-Charge Tim Kubit. “For the past several years, we have relied on Pronology’s intuitive suite of production tools to securely manage the thousands of playback elements and performance footage for the OSCARS and we continue to find new ways to utilize its powerful features.”